The Linotype is considered to be the first commercially successful automated typesetting machine. While the development of the machine was iterative, 1885 is given as the invention date for the original machine, and in fact the same basic principles were used in all subsequent Linotype and Intertype models. 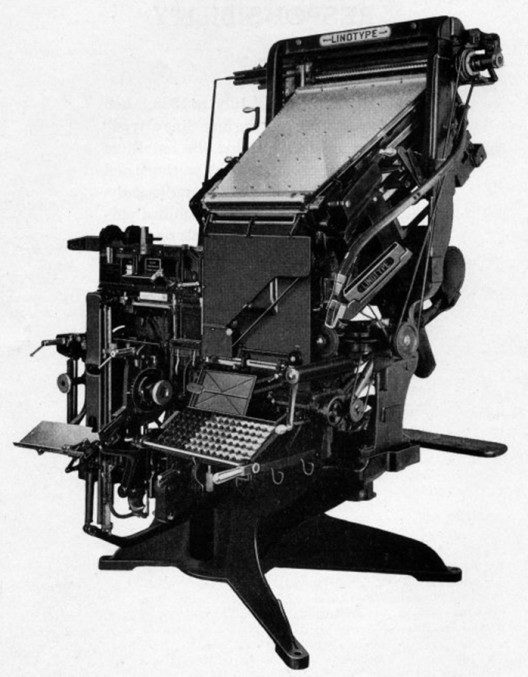 The Linotype machine consists of a keyboard, laid out based on letter usage, that controls an escapement mechanism at the bottom of a 90 or 72 channel magazine which holds the matrices. When a key is depressed, this escapement allows a mat to fall into the assembler. The operator continues type the copy, and when a word space is keyed, the machine inserts a “spaceband” which is wedge-shaped device that has the effect of expanding the word spacing to the full line width, which is operator specified. 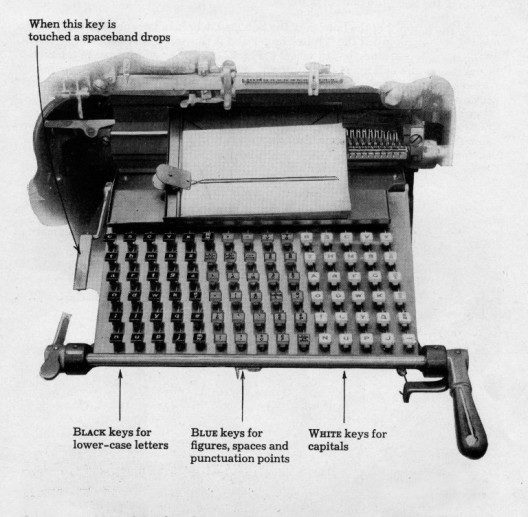 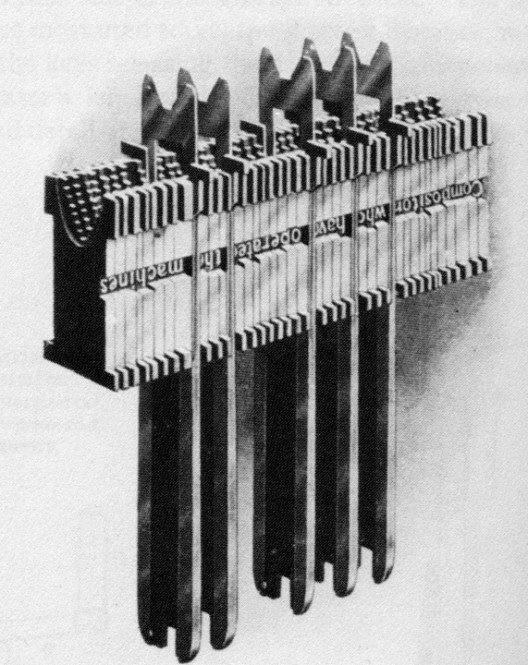 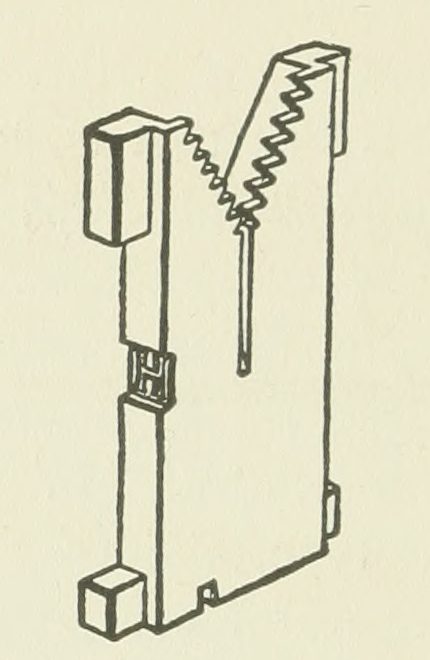 When the casting command is given, the spacebands are moved upward to create the correct line width, the entire assembly of matrices and spacebands is clamped tight to the mould, the line is cast and trimmed and delivered to the front of the machine. Then, the spacebands are mechanically sorted out and moved back to the spaceband box, where they will be re-used. The matrices are elevated to the top of the machine, then automatically sorted into the appropriate channel in the magazine via a system of teeth on the matrix. The sorting and and assembly of the matrices is powered entirely by gravity—only the casting and elevation of the matrices require mechanical assistance. 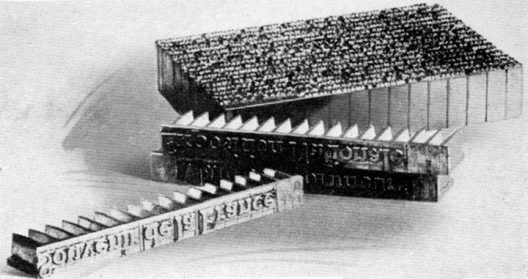 The Linotype was developed with the backing of a consortium of newspaper publishers, specifically for their type setting needs. As such, it excels at setting many short lines of straight copy quickly. The earliest machines could handle only one size of one type style. Changing type styles, even to an italic of the same font, required stopping the machine and changing the magazine. As the machines became more sophisticated over time, matrices with two characters (roman and italic or small caps), machines that could mix matrices from multiple magazines, and machines that could handle larger point sizes were developed, dramatically increasing the versatility of the machine. With the exception of headlines, the most sophisticated of the late Linotypes could meet the varied typesetting needs of a small town newspaper: capable of setting body copy, photo captions, sub-heads, and classified ad copy with one machine.

In 1912 the patents covering the basic mechanism of the Linotype expired and a group of investors and former Merganthaler Linotype employees formed the International Typesetting Machine Company (later changed to the Intertype Company). The general principles of operation of the Linotype and Intertype are exactly the same—in fact, most of the matrices are interchangeable. The founders of the new company felt that the marketplace was ripe for a competitor to Linotype, and felt that they could produce a machine with enough improvements to create that competition. By most accounts they did; the Intertype is a simpler machine than the Linotype, and incorporated a number of improvements, while retaining the same functionality. They also created the ability to easily expand the machine, something not true of the Linotype. 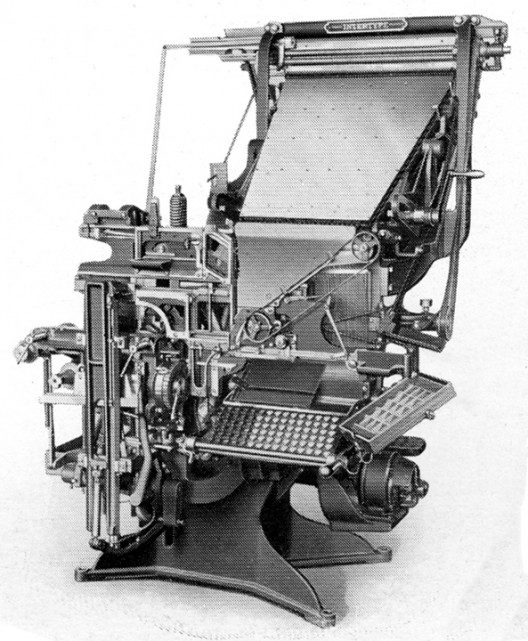