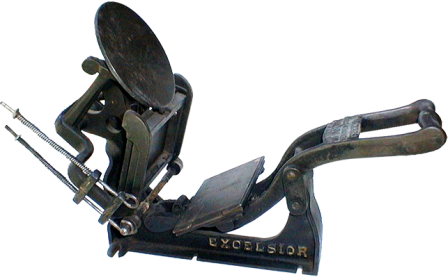 William A. Kelsey began making inexpensive presses for amateurs in 1872, and his Excelsior became the longest-lasting press on the market. For more information, see the Excelsior Model P. The 3×5 press shown was patented 1893 and is likely a Model D. (Model letters were not given to the earlier presses, lending a certain chaotic appearance to any list of various Excelsior models.)