Letterpress printing requires more than type—word spacing, line spacing (leading), rule, fancy borders, and ornaments all contribute to the legibility and beauty of the final printed piece. Word spacing (and ornaments) are most commonly cast with a sorts caster such as a Thompson, or Monotype Type and Rule Caster. While there were attachments that could convert some type casting machines to strip casters, for large volume users the better solution was dedicated strip casting machines.

The Elrod was perfected by Benjamin Elrod in 1917. The machine is an extrusion-type device with type metal entering the mould on one side and then cooling, solidifying and being pulled from the mould on the other. The original machine only made 6 point leading. In 1920 sales and manufacture of the Elrod were transferred to the Ludlow Typograph Company, who continued to make improvements, finally developing moulds that could cast a variety of line spacing material up to 36 point, as well as type high rule. Unlike all the rest of the type casting machines discussed, the Elrod has no matrix, and is thus limited in its output to leading or continuous line material such as rule. 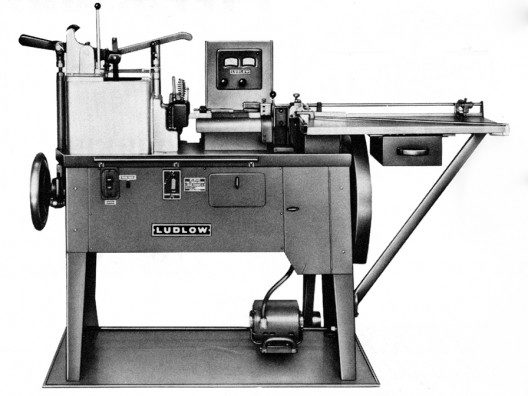 The Monotype Material Maker was brought to market in 1923. It is a free standing machine that incorporates optional equipment that was designed for the Monotype Composition Caster. Unlike the Elrod, the Material Maker operates on the principle of welding or fusing together cast sections of strip material. Once a cast is completed, the section of strip material is pushed partially out of the mould, leaving an end in the mould to fuse to the next cast. Because the Material Maker has a matrix that is lifted after each cast, it is capable of casting decorative border material, as well as rule and leading. It also incorporated an automated cutting mechanism that allowed the operator to set up the machine to automatically cut material of a predetermined length. While less common, the Material Maker was a far more versatile machine than the Elrod. 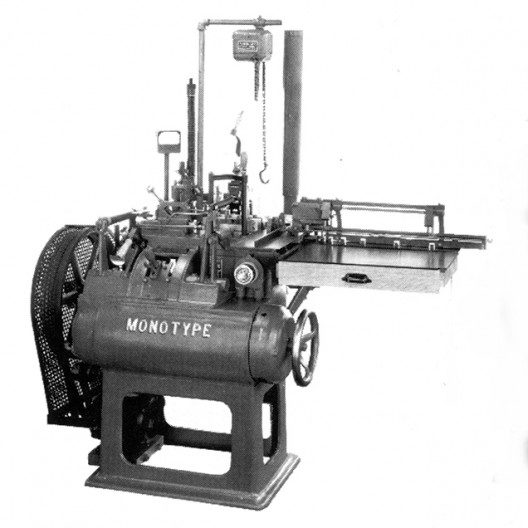