The Thompson Type Caster could in many ways be considered a transition machine, sitting between foundry machines like the Barth casters that were used by the American Type Founders Company (ATF), and machines that were intended for casting slugs (Linotype, Intertype and Ludlow) or composed type (Monotype) for printing office use.

The Thompson was invented in 1908 by John S. Thompson. It is a sorts caster, casting multiple types of the same size, letter and style. With attachments and adjustments it is also capable of casting quads, spaces, borders, leads, slugs and rules. As originally designed, the machine utilized Linotype matrices, but the geometry of the machine is such that it is very versatile. With the proper mat holders and moulds, the Thompson can cast type from virtually any matrix, including foundry martices. Type sizes ranged from 5–48 point. In 1929, The Monotype Corporation bought the Thompson Machine Company. They continued to build and sell the machine until 1967.

In the day, the Thompson was sold to printers—ATF used the high pressure, high temperature Barth machines to cast type to “foundry” specifications. Today, the Thompson is being used much like the Barth casters once were, and forms the core equipment of several operating foundries. 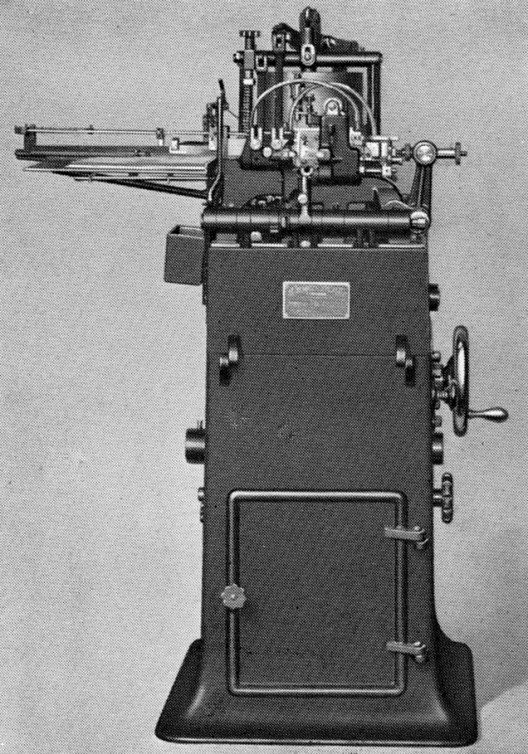