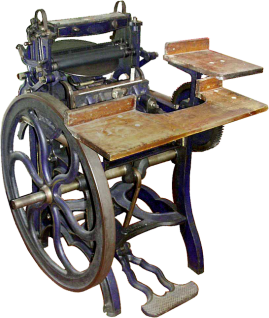 Sometime between 1863 and 1865 Francis M. Weiler became a partner and the firm became Degener & Weiler. Degener died in 1873, and his son took his place in the partnership, but in about 1877 Weiler purchased Degener’s share of the business and the company name became F. M. Weiler and then Liberty Machine Works. After opening a manufacturing plant in Germany, Weiler closed the US manufacturing plant in about 1892 and after that year all Liberty presses were built in Germany.