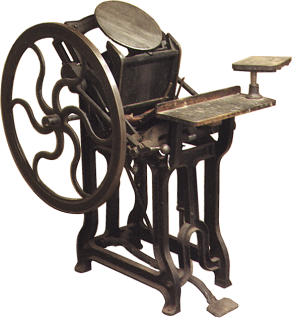 Most of the 12 or 13 platen job presses Jones invented and manufactured are relatively simple treadle-powered clamshell-style presses, and the Lightning is one of these. It is not known how many sizes, if more than one, were offered. Not many examples of the Lightning jobber are known to have survived.